Have an issue with cockroaches around your home?

The American cockroach is one of the major residential pests in the United States. It belongs to the Kingdom Animalia, Phylum Arthropoda, Class Insecta and order Blattaria insect species. It’s also commonly known as the water bug, the Bombay canary or the palmetto bug. The cockroach is the biggest house-infesting roach, measuring up to 3 inches long.

Where did the American Cockroach come from?

Historical recounts indicate that cockroaches were introduced to North American during the early 1600s.

Where are Cockroaches Found?

Cockroaches are filthy pests and are therefore attracted to dirty areas where food is discarded. They are commonly found near waste areas or kitchen

What do Cockroaches Eat?

Cockroaches eat a variety of miscellaneous items. They consume hair, books, and decaying matter. Additionally, they also eat food particles of many foods including sweets, starches, meats, and carbohydrates.

How to Identify Cockroach Infestations

Determining whether one cockroach is a single occurrence or an indication of an infestation, homeowners should consider the following signals:

This is not an exhaustive list of cockroach infestation. If you suspect cockroaches have entered your home, contact Foundation Pest Control as soon as possible.

Can Cockroaches Make Me Sick?

Cockroaches pose an extreme threat to human life; especially when they have a prolonged presence in a residential dwelling. Since they travel through unsanitary measures, such as through sewage and in areas of filth, cockroaches carry multiple sources of germs and bacteria. Such bacteria includes E. Coli, Salmonella, parasitic worms, and human pathogens.

The germs are transferred on their travel paths, as well as the food and surfaces they come into contact with.

Maintaining clean and sanitation methods of your home on a regularly basis are the best way to prevent the entrance of cockroaches into your home. The kitchen is the main room to focus on when detail cleaning. Food should not be left out for long periods of time or overnight. Used dishes should be cleaned and returned to their storage place on a daily basis, rather than stacking up in a sink overnight. All counters, surfaces, stove tops, and appliances should be cleaned and disinfected on a daily basis. Limit food consumption to one room as roaches seek even the slightest crumb drops. Make sure all uneaten or partially consumed food (including pet food) is sealed tightly. Remove cardboard and paper items from your home as these cockroaches use these materials for shelter. Ensure that entry points such as utility pipes and other potential crawl spaces are sealed closed. Inside trash bins should be concealed and its surrounding area should be clean. Indoor trash bins should also be emptied to outdoor trashcans on a regular basis.  Outdoor trash bins should be kept as far away from the home as possible.

While the kitchen is the room that requires the most attention, all of the rooms should be vacuumed, deep cleaned, and sanitized on a regular basis. Roaches cannot manifest egg and fruition in clean and sanitized areas.

The U.S. is home to nearly 70 different species of cockroaches. In Tennessee, though, we “luck out” -- we’ve only got four major types in the area: Brown Banded Cockroach, American Cockroach, German Cockroach and the Oriental Cockroach.

Regardless of the type, though, there’s one thing everyone can agree on: no one likes the idea of cockroaches roaming their home or office. Read on to learn more about these common household pests then get in touch to schedule a free consultation.

Yes -- or at the very least they have cycles where they are active versus at rest. Most species of cockroach are active in the four hours following sunset. and tend to come out during the night when it gets darker and/or the lights go out. Keep in mind, cockroaches are afraid of humans and tend to avoid coming out during our more active periods.
Traps are one of the most non-toxic options for removing cockroaches. Just set one out overnight and, often, you’ll be surprised with what lands in the traps by morning. Another tip? Cockroaches are also attracted to water, grease and warmth, so you can reduce the likelihood of having an infestation by keeping the counters clean, cleaning behind and around the stove and ensuring there aren’t any leaky pipes in the bathroom or kitchen.
Yes! Cockroach traps are non-toxic and are safe to use around children, pets and other members of the family.
There are two main reasons for this. First, cockroaches can fall off walls, the ceiling or other surfaces, or slip on materials such as vinyl or marble, and get turned over. It’s difficult for them to right themselves and, as a result, they may die in that position. Second, many insecticides are organophosphate nerve poisons, meaning they impair the pest’s nervous system and cause muscular spasms. It’s common for pests to flip over in the process.
Yes -- cockroaches can actually bite humans and pets but only if you’re very still for a long period of time. A good example? When you’re asleep at night (creepy -- we know). That said, cockroaches aren’t an aggressive pest and they won’t attack humans or pets in any circumstance.

Contrary to popular belief, most species of cockroach are very clean. The American Cockroach, for example, cleans itself constantly since clean antennae are critical for them when it comes to detecting food, water, threats and, even, a mate.

That said, it’s a common misconception that cockroaches are attracted to dirty houses or spaces. Cockroaches come into the home from a variety of sources, such as boxes from the farmers’ market or a pile of wood stacked outside. These pests are, though, attracted to water, warmth and grease, and are often spotted in bathrooms and kitchens. You can reduce the risk of having a couple cockroaches turn into a major infestation by cleaning grease thoroughly.

Yes. Cockroaches can live at least a week without their head because they breathe through small holes in their body.
Cockroaches are omnivores but prefer to eat dead or motionless things. They prefer sweets, meats and starches, but will also eat hair, books and other objects.
Becauses cockroach blood doesn’t have hemoglobin it isn’t red, which surprises many people. Cockroach blood is usually colorless, except for adult females that produce eggs. Their blood tends to be orange because it has a protein known as vitellogenin, which is used in the egg production process.
Cockroaches are attracted to water and temperatures above 77°F. They may be attracted to air conditioners that drip water or are hot when they run, especially if the air they produce isn’t very cold.
The reproduction cycle of cockroaches varies from species to species. Most develop eggs at roughly 86°F and may deposit eggs as frequently as once every three days. Many eggs hatch within 30 days. The rate of reproduction slows as the temperature declines, resulting in a laying and hatching cycle that could span up to 96 days.
The number of eggs a female cockroach lays varies from species to species. An American Cockroach, for example, can produce 1 egg case every two to three days with each case carrying 12 eggs. German cockroaches, on the other hand, can lay five to six egg cases over their course of a lifetime, with each case containing about 40 eggs.
Cockroaches are filthy and hazardous to your home, yourself, and your family. It is crucial that cockroaches are immediately addressed upon the first signal. If you have spotted cockroaches in your home or are concerned your home may be hosting a cockroach infestation, contact Foundation Pest Control.

Don't Be Caught Without Cockroach Protection! 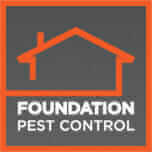 Drop Us A Line

I use Foundation for my personal home and also refer them for all of my real estate transactions! Professional, straight forward and very trustworthy. Often they enter my home without me being there to take care of issues. I highly recommend them and hope you will use them too!Zach Thomas